E-Discovery Giants Share Their Take on the Market Challengers

The Goliaths in this “David and Goliath” e-discovery showdown welcome the competition.

In part one of this article (Legaltech News, December 2015), new entrants explained why stories about the inexorable consolidation and commoditization of the e-discovery market are misleading. Instead, they identified an ossified market ripe for disruption. Homogeneous service providers offering the same software at the same price can be displaced by the cloud-based, consumerized technologies that cut out the middle man and solve many of the pain points associated with traditional e-discovery.

But the Goliaths in this “David and Goliath” showdown have their own perspective. First, they welcome the competition.

“The new software providers are approaching the market in interesting ways. They come in with angles that the incumbent did not necessarily think about,” says Andrew Sieja, founder of kCura, maker of Relativity. Sieja points to the ways the industry has responded in years past to paradigm challenges like Clearwell’s emphasis on early case assessment or Recommind spreading the gospel of predictive coding, “You know what, it was smart. The whole industry evolved. The new guys are focusing on do-it-yourself. It’s stuff that people want, and they are bringing it to the forefront. More people are asking us about it. And we’ll address it. That’s good for the industry.”

John Tredennick, founder of Catalyst, concurs. “I think consolidation begets new entrants to the market. The consolidators hope to damp down competition by reducing the number of competitors. But the market often thwarts those plans with new entrants. I say that is great. It offers choice and keeps everyone on their toes. When this new crop shakes out, there will be even newer entrants. It is what makes being in business fun.”

The fun, however, is not in watching the new entrants gain market share but in responding to the challenge they and the evolving market pose. Continues Tredennick, “As volumes increase, technology finds newer and better ways to manage it. Any vendor worth its salt is looking for ways to automate data handling and to find newer and better ways to provide e-discovery services. Over the past 15 years, we have switched technology and essentially reinvented our processes about every 18 months or so.”

When asked if on-premise software providers can innovate at the same speed as pure play SaaS providers, kCura’s Sieja responds, “Check out our release notes.” He explains, “There is a fresh, new version of the software that comes out every month. No one has innovated more than Relativity in the last 5 to 6 years. Our job as a company, as a software organization, is to continue to innovate.” This job of innovation extends to Relativity’s channel partners. kCura makes Relativity’s API’s public. Ultimately, Sieja wants Relativity “to get to the point where our technology is invisible.”

He identifies Iris’s Arc as an example of a vendor taking Relativity in its own, branded direction. For Sieja, Relativity is “not a piece of software, it’s a platform. It’s an ecosystem. There’s only so much innovation you can do. Imagine when you can galvanize hundreds of companies to innovate on the same platform. It’s magical. And it’s happening.”

One of the places the innovation is happening is the cloud. The cloud does not exist in unchartered territory marked with “here be dragons.” Relativity has been ported to AWS and Azure. Catalyst has been in a private cloud since 2000. Kroll Ontrack has been operating their cloud-based, do-it-yourself ediscovery.com since 2011. Kroll Ontrack’s CEO Mark Williams comments, “The cloud is not just a place for newcomers; even the established players need to constantly innovate, leveraging the flexible benefits of the cloud. A well-rounded e-discovery provider recognizes that not every case is the same, and offers an array of technology options. Sometimes a cloud-based tool is what is needed; sometimes traditional hosted solutions are better for the volume of data or the timelines associated with the review. Likewise, sometimes data cannot leave the facility and an onsite solution is the only option. Established providers can serve as ‘utility players’ to make sure there is a technology option for every different matter’s requirements.”

“We’ve had 34 onsite security audits this year alone. We wouldn’t have passed any of those if an AWS or Azure component existed in our pipeline. The banks still won’t consider it for discovery,” Jacobs explains. “Some manufacturers, particularly those with security breaches in their past, are forcing even higher standards of security, data isolation and dedicated equipment.”

In addition, Jacobs warns that the cloud does not always represent radical cost savings, “Also, don’t miss the hidden cost of cloud processing from many of the providers you mention. It’s cheap in, cheap short term, then you have to start paying for storage of processed data. Deleting processing data is tough, given the need for dedupe and iterative searching throughout the lifecycle of the case—meaning that the price points start to normalize over the almost two-year average we see on cases.”

Kim Taylor, CEO of software provider Ipro, drills down on the question what clients really need. Taylor asserts, “The cloud in of itself does not solve pervasive customer challenges. The cloud is simply a delivery mechanism. Established companies have been offering document review via the web for over a decade. It’s an efficient delivery mechanism, and we and our service provider partners definitely take advantage of it. However, as a technology innovator (startup or established), to grow your customer base, you must work to solve the hardest and most pervasive problems head on. The hardest problems aren’t easy to solve. And the hardest problems aren’t delivery. Our industry has grown over the years to meet the ever-increasing growth and complication of data, and in doing so has adopted complicated and disconnected workflows. If you aren’t decreasing processing time, preventing errors from happening, reducing the human capital requirements, and lowering customers’ overall costs you aren’t solving the problems that really matter.”

That is where the rubber meets the road. This article originated with a simple desire to see the e-discovery market through the challengers’ eyes. It evolved to consider how the traditional service providers view the new entrants. But this article does not pretend to answer the real question of whether any of the new entrants are better, not just different, than the established players. They all claim to be. These claims are not necessarily wrong, just hard to evaluate. Still, it would be a disservice to both the new entrants and the established players to suggest that their primary battleground is on ancillary issues like cloud security. They all stake their futures on presenting the market with a superior offering.

Superiority is not just about technology but in anticipating how the market will change, if at all. Using tools like Relativity’s APIs, many of the traditional service providers seek to differentiate themselves not with their core software but with how they customize their software offering and how they then tailor the offering to individual matters. The sense I got from several conversations with the established players is that they anticipate that the bulk of the e-discovery spend will remain large, bespoke matters that demand deep, customizable platforms. They see the new entrants as fighting amongst themselves over the long tail of the market that is amenable consumer-grade solutions. To them, the long tail is not a threat to the status quo. There may be a large quantity of cases in the long tail but not much in the way of big ticket, profitable business.

Many of the new entrants, by contrast, see the long tail as the main area of growth in the industry, especially as improved tools make more and more e-discovery amenable to self-service on a cloud-subscription model. They want to subvert the paradigm in which the traditional players have found success. Theirs is a world driven by exponential growth in technology. A world where the lifespan of Fortune 500 companies has shrunk from 67 years in the 1920s to 15 years today. But that is the same world where 90 percent of all startups fail. While it would be a poor decision to bet on every new entrant, it would be equally foolish to bet against them all.

Regardless of how the market unfolds, the challengers are doing everyone a service. It is not so much that the market is commoditized as it is homogenized. The competition is healthy.

As consultant Craig Lee observes, “Commodity seems an inadequate descriptor of our dynamic industry. While there has been a great deal of consolidation, we are also experiencing a rapid growth of newer, smaller and more nimble companies emerging that are providing a wide variety of service delivery models to the marketplace. This is healthy market response to a more sophisticated and mature industry.” 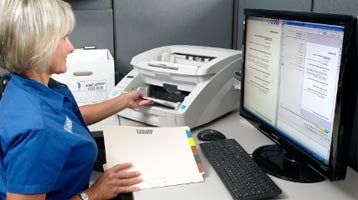 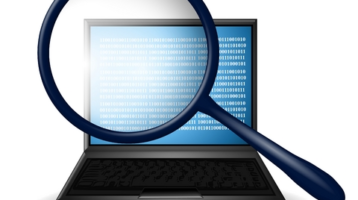 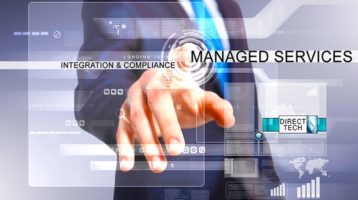